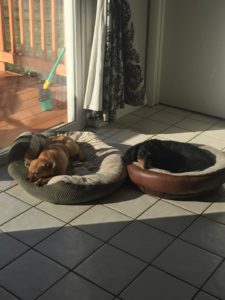 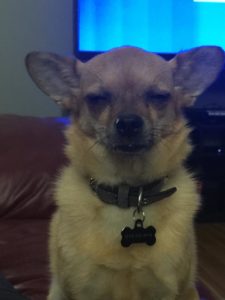 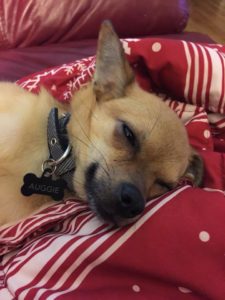 “Auggie had been at Peppermint Pig for over a year. We saw his adorable face on the Peppermint Pig facebook page, and after the sudden loss of our cat, we were looking for a new pack member.
When we went to meet Auggie, he was extremely anxious and peed on us multiple times when we attempted to pick him up. He would also let out a high pitched yelp that sounded like a mini dog scream! We knew he needed a home with patience and love, and we welcomed him in to our family.
The first few nights were pretty rough. Auggie hid in the corner and trembled, and continued to yelp when we would attempt to touch him. Slowly but surely over the next few weeks, and even months, Auggie started warming up to us and was even starting to be friendly with houseguests!
Two years later, Auggie is completely comfortable at home with his new pack. We can’t imagine our family without him, and he loves spending time with his dachshund brother Bowser and baby brother Marco.”

Thank you for adopting Auggie!! 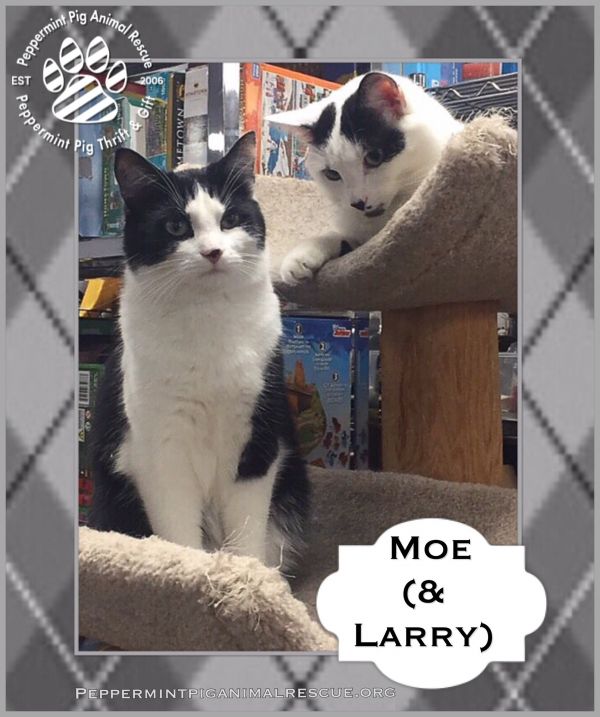