Here’s a few pictures of Loki this Fall.  He is doing great but is a moving target so it is hard to get any with one of us with him.  I missed my opportunity last night because I did not have my phone on me.  Ray was mowing the side yard and Loki sat on the wall next to me watching.  Shoot! Usually he is running with his nose to the ground.  He stood to watch the neighbor dogs in their yard so I snapped that pose.

He’s settled in very well with us and loves his sneaky toys and bones.  I can’t imagine being without him.  His favorite place to wiggle in to cozy up is on the recliner’s foot rest.  He keeps backing himself in until you have your legs moved enough so he will fit in between your knees.

We took a 4-day trip early October and boarded him at the Pet Suites Dayton location and he did great.  We paid extra for the daily 2-hour “party animal” play time for those who can get along with others so he had a lot of fun.  He’s about 22 pounds now so I think he is probably finished growing according to the vet. He’s built like a little tank so I have to watch out for the cat so they don’t tumble too much playing.  They race around the house and Loki is so fast he passes the cat! 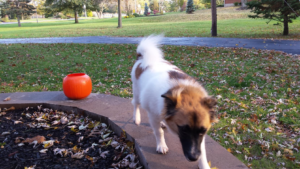 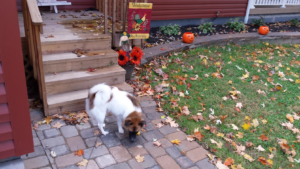 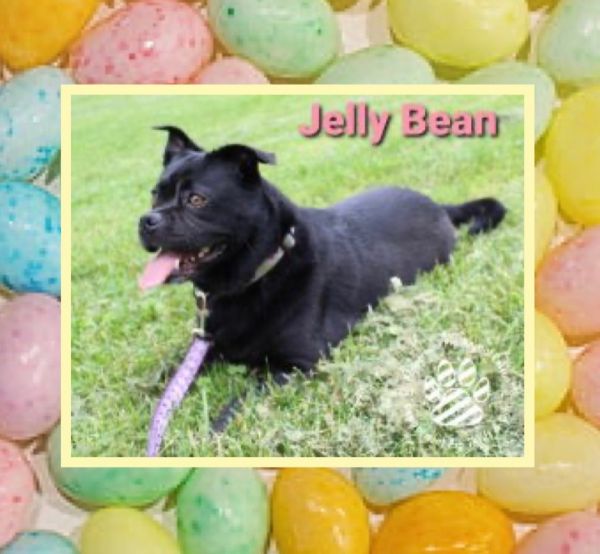